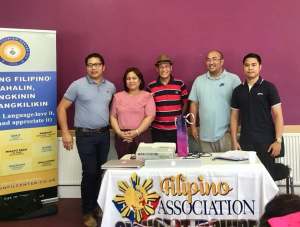 Following the success of a taster class held in August 2018, the London Filipino Centre CIC (LFC) finally held Filipino language classes in Gloucester, Gloucestershire. An agreement between LFC CIC headed by founder Rick Patriarca and the Filipino Association Gloucestershire headed by president Raymond Padilla was reached, and the 9-month term will run until July 2019. 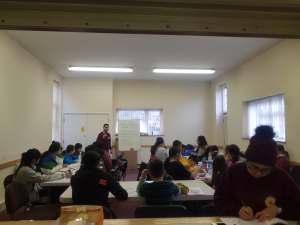 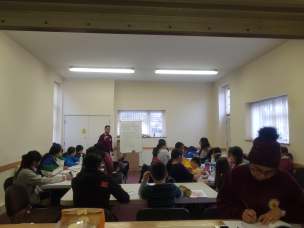 In line with the objective of the Filipino Association Gloucestershire, the organization aims to provide educational opportunities and promote cultural awareness especially to the young generation. The first official class started in the 3rd of November, joined by LFC directors who came all the way from London. Both groups provided foods to share, reminiscent of Filipino culture and tradition. In a casual conversation, the president of Filipino Association Gloucestershire Mr Padilla stated that this Filipino language class in their turf has been a dream come true. 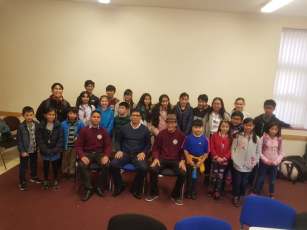 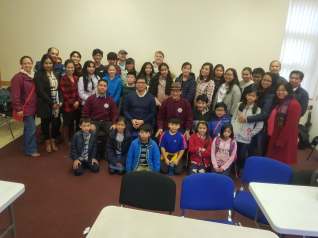 Mr Junart Nieva, one of the LFC directors and lead teacher, expressed his delight in teaching the enrolled kids in Gloucestershire, “I feel empowered with the enthusiasm that the parents and children are showing. Talagang gusto nila matuto at masaya silang matuto. I also like traveling, so this is like hitting two birds in one stone!” 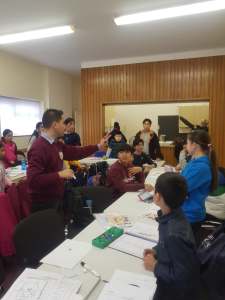 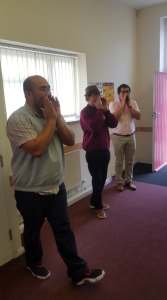 To date, there are about 25 students with age ranging from 8 to 15. Aside from Gloucester, students come from Tewkesbury and Cheltenham. Classes are held in St Peter’s Coffee Bar in Black Dog Way, a social centre of St Peter’s Catholic Church. A Filipino mass is held every first Saturday of the month in the church and is known among pilgrims to house a statue of the first Filipino saint, San Lorenzo Ruiz. According to Mr Padilla, participating in the vernacular mass is one way of practicing the new language being learned by the youngsters. In addition, the sense of nationalism and patriotism is definitely alive in this part of England as in October 2018, the Philippine flag was waved for the first time ever beside the Union Jack in front of the Gloucester City Council building, to mark the celebration of Philippine-British Friendship Day.

The London Filipino Centre CIC was founded in 2016 and holds children class in Kingston University and adult classes in Notting Hill. Classes held in Gloucester is the first outside London, focusing on diction and basic conversations. For more information about this and other activities, visit the website www.lonfilcenter.co.uk or like the page ‘London Filipino Center CIC’ on Facebook.