MURGA UNSHADOWS PROVINCIAL WAY OF LIFE THROUGH ART: AN EXPEDITION ARTIST’S ADVENTURES IN THE PHILIPPINES

“The idea of ‘Liwanag’ is to illuminate the powerful authenticity of Filipino provincial life from the shadows of the unknown”, says Maria Mari Murga, a Spanish-born expedition artist who recently held an exhibit at the Philippine Embassy in London. “Portraits of fishermen, farmers and indigenous people reveal the essence of the Philippines: a multicultural and pluriracial archipelago united in a visual poem of beauty, endurance and human dignity.” 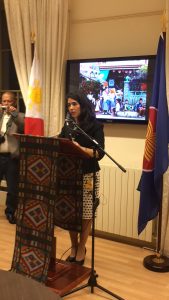 The half-Filipina artist has travelled several times to the Pearl of the Orient to visit her family. “In my last trip, I fell in love with the country and what started as a 3-week business trip became a year of travel backpacking around the archipelago.” She showcased people living in the provinces in action, like a man husking coconuts in Baler, and indigenous children spearfishing in Dibut Bay, a gem in the north. Aside from Aurora, she also visited Albay, South Cotabato, Zamboanga and Sarangani. 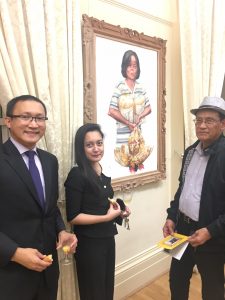 According to Vincent Casim, trade representative at the Philippine embassy, the drawings of Maria “chronicle her journey to the rich and colourful region of Mindanao where she spent part of her childhood and where she drew inspiration.” 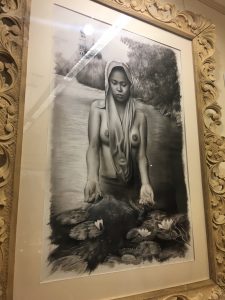 The other artworks featured a T’boli girl wearing T’nalak gazing out of a nipa hut window, a woman having a bath in Taluksangay, Zamboanga, and a man carrying firewood on his head in Legazpi City, with the majestic Mayon volcano as background. A master of anatomy and humanist ideals, the drawings have shown authenticity that most viewers can relate to. In the words of Casim, “she captured an almost life-like images of rural family life of the indigenous inhabitants in the provinces she visited.” 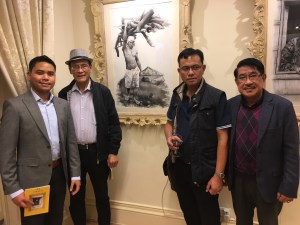 His Excellency Antonio Lagdameo, Philippine ambassador to the court of St James, said in the opening ceremony, ““Liwanag is the Filipino term for illumination, and Maria has done exactly that. We hope that those of you who have been to the Philippines will be reminded of the beauty of the country and the natural warmth of the people. For those who have never been there, I hope Maria’s art will inspire you to visit, explore, and experience the pulse of life captured within the four corners of these hand-carved frames.” 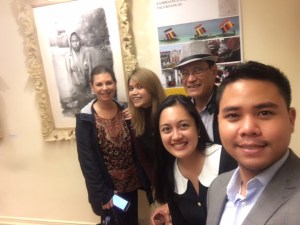 “The exhibition was extremely well-received in London,” she said. “We are aiming to share ‘Liwanag’ internationally.”

Murga, whose previous artworks were awarded by the likes of The Royal Society of British Artists, The De Laszlo Foundation, The Derwent Art Prize and the Pastel Society UK among others, has also exhibited in Florence, Madrid and Manila before. 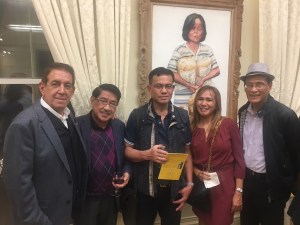 “Liwanag: A Journey through the Philippine Way of Life”, ran from the 16th to the 30th of October at the Philippine Embassy, curated by Mr Leif Miguel Martinez ARB, RIBA, WCCA.