5 THINGS WHY PINOYS SHOULD ‘LIV’!

Liverpool, probably Merseyside’s most famous city, will always have a special place in the hearts of Filipinos. In most households and bars, a karaoke session cannot end without singing at least 2 or 3 songs of The Beatles. There are also many visiting Pinoy seafarers in the port – a UNESCO World Heritage Site. What’s more, Liv is the first entry point of our national hero, Jose Rizal, to England – probably the first Filipino world traveller! 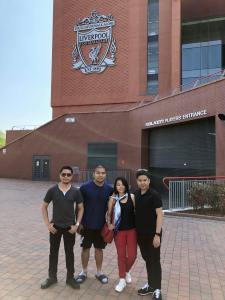 About a year ago, I sought to come north to visit this ‘international city with a rich cultural and maritime past’… with my parents and friends as a birthday treat to myself. We truly had a wonderful time and so I told myself that someday we should go back; and we did! Last bank holiday, I went to Liverpool again with some friends and as expected, it didn’t disappoint us! 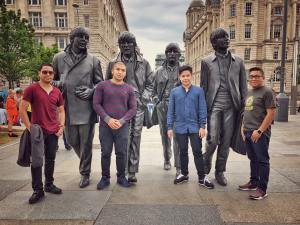 If you live or have been to it and you agree with me, cool! If not or you had a bad experience, then I’m sorry… but let me at least entice  you to what the city has to offer and decide for yourself whether you would include it in your immediate travel list or not. It’s summer so… gather you lot, ‘here comes the sun’!

Alright, maybe not the universe… but of the earth at least! Undeniably, Liverpool is home to many ‘ests’. Among them is the world-renowned Liverpool Waterfront by the River Mersey – a UNESCO World Heritage Site. I’m sure that people of the arts will truly enjoy the riverside as this is where Tate Liverpool, Open Eye Gallery, Museum of Liverpool and the Liver Building (Pierhead & The Three Graces) are located. But you don’t have to be an architect, photographer or a singer to enjoy all these; many families and friends hang around to appreciate the beauty that can be seen and music that can be heard along this historic waterfront. Liverpool Cathedral, not too far from the riverside, is the highest in all of Britain. Blessed with a sunny day, my friends and I didn’t miss the chance to do the 331 ft ‘tower experience’. Don’t worry too much about the height (there are 2 lifts and only 108 stairs) and just focus on the goal. You won’t regret coming up as the views from above are so breath-taking especially on a bright day – 360 degrees of awesome views! While in the tower, take time to see the world’s highest and heaviest peal of bells as well (look at their names and see if you share the same). 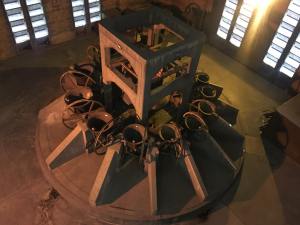 In addition, Liverpool is home to the oldest Chinese community in Europe. Situated in the southern part of the city centre, you can’t miss chinatown’s iconic multi-span paifang in Nelson’s Street, as it is the largest one outside of China itself. One of a kind – have a selfie!

Now, two of the things Filipinos love doing is to sing and dance; in short, to party! Guess what, it’s all here! While pubs and clubs and bars are all around, the go to place is Matthew Street (Cavern Quarter), home to the Cavern Club dubbed as the most famous club in the world – thanks to the Beatles of course! This is where you can enjoy live music and leave the worries of the world behind… even for a while. Everybody’s so friendly and accommodating, especially if they knew you’re not from around; it’s truly worth it! There are a lot more clubs around so getting bored isn’t really an option. Looking for a great night life? Bar-hopping it is, head to Liverpool! 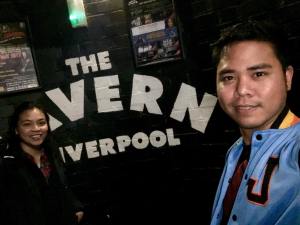 IT’S BEEN A HARD DAY’S NIGHT

One of the things I love about Liv is the mix of urban and rural vibes. It’s like being within and without a city – a great place to unwind after a week of work I must say! Locals need not go far as stores and shops are everywhere like Liverpool One, one of the biggest malls here. It is close to the Cavern Quarter and the riverside so pretty much it’s a very walkable city. I can imagine Liverpudlians are so looking forward to weekends (or after office hours) … well we visitors sure are! Imagine all the people… 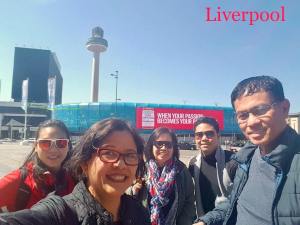 Rock or pop? Beatles fan or not? It doesn’t matter – all you need is love of music – which I’m sure most Pinoys are! Their first song that captivated my heart is “I Will” when I first heard it in high school. But even as a child, I can remember people singing ‘Hey Jude’, ‘Obladi Oblada’ and ‘Yellow Submarine’ among others in videoke bars. On my first visit to the city a year ago, my friend CK and I booked the 2-hour ‘Magical Mystery Tour’. We saw the childhood homes of the Fab 4, and even places of inspiration in their songs ‘Penny Lane’ and ‘Strawberry Fields’. If you are into history and pop culture, I would highly recommend getting on this bus (which starts from Albert Dock and finishes at the Cavern Club) and just ‘roll up’! 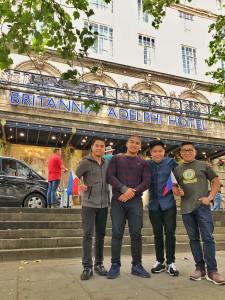 Last but not the least is the Philippine-British connection. From the United States of America, Rizal boarded the City of Rome and headed to the United Kingdom, and first landed in Liverpoolbefore proceeding to London the next day. While in the ship, Rizal impressed his co-passengers with his skill with the yo-yo, a popular toy at the time. In May 1888, he stayed overnight at Adelphi Hotel close to the city centre. 130 years later, my friends and I found ourselves visiting the same hotel (now part of Britannia Hotels) at the same month! Adelphi might not have an impressive façade, but the interiors are so grand you would feel a fine combination of a century-old structure and modern embellishment. We hung out with pints (quite cheap beers) in the lobby and just chilled out just before the sunset. You could do the same, mate.

THERE ARE PLACES I’LL REMEMBER…

There you go! Just five reasons why you, as a Filipino, might consider spending a couple of days or even a week in this North West England haven! I’m sure once you’re there you’ll find more reasons to do so. As for me, Liverpool will be one of those English cities I visited that will be etched in my heart forever. There’s still time to enjoy summertime so go online and start planning your trip. Fares and accommodation should be way cheaper if booked early. Rock on Noypi!