BELFAST EXPERIENCE: ALL ABOUT THE PACE, NO TROUBLE! 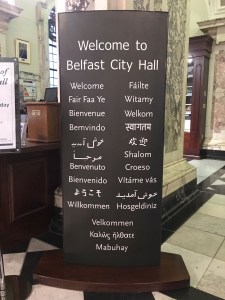 This month this year, it’ll be 20 years since the Good Friday Agreement was signed in Northern Ireland (NI). As an 8-year old kid, I must confess I didn’t have much knowledge about the United Kingdom at the time (but I do remember picking up santan flowers from our Garden and placing it on top of our TV, while Princess Diana’s funeral is on the evening news the previous year). Who would’ve thought that conflicts arise even on first world countries? It definitely did way back 1968 on this side of the Kingdom, known as ‘The Troubles’.

LONELY PLANET’S BEST… IS IT?

In 2015, I achieved the dream of visiting all constituent countries that make up the United Kingdom by going to Belfast, capital city of Northern Ireland (NI), for a weekend getaway. More than luck of the Irish I must say! Although much has been said about the cost, weather, safety, accent, etcetera, etcetera, a dream became a goal and now I found myself visiting the place 3 times already! A great deal can also be attributed to me being a fan of the hit HBO TV series, Game of Thrones, and most of you probably know that the studio is based here, and other filming locations around the country. Some of the actors even hang out in the capital’s famous hotel, Europa (oops, that’s a secret!). But so much for that, let me share bits and bobs which might prompt you to go and visit as well Northern Ireland’s Belfast and beyond! 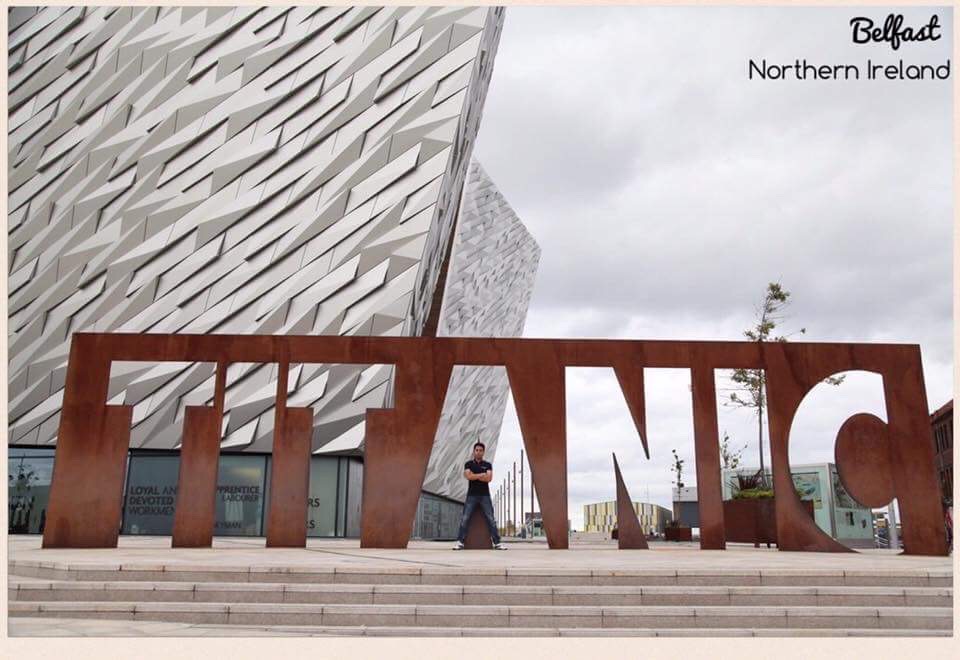 When I researched about the sad and violent history that is part of NI, I can’t help but see the similarity with Israel. In “Norn Iron”, although the opposing groups are classified as Catholics and Protestants, the conflict really isn’t much about religion but about territory and national identity. Because one faction wants to be part of the Republic of Ireland and the other wants to remain as part of the UK, blood was spilled, and many relationships strained. One can only pray for peace and prosperity!  10th of April 1998, when the Good Friday was signed and ratified in May of the same year, peace and unity was restored. And even if everything didn’t go smoothly even to this day, at least it’s a start. Clearly if there’s anything that the people did not give up, it was hope. Nowadays, many locals and tourists from abroad can enjoy what the wonderful country offers.

A LOOK AT THE SEVEN KINGDOMS… ER, SIX QUARTERS I MEAN! 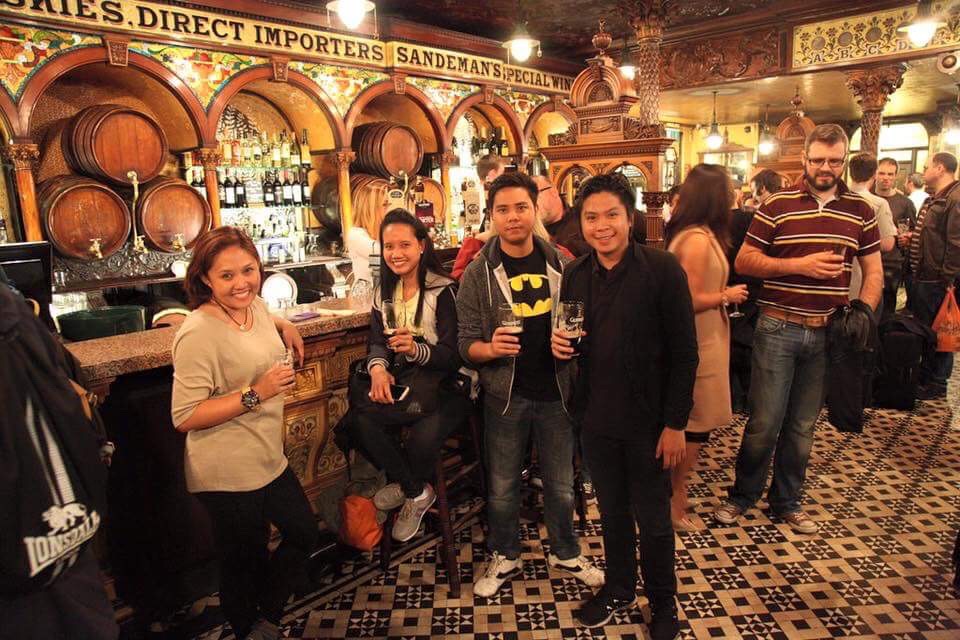 Of course the best way to explore is – you guessed it right – by foot. “Dander” it is! Belfast certainly isn’t as big as London, but it is divided into six quarters, each with its own unique features. As a Pinoy, what made me like the country more is that they also regard our national language, Filipino.  So, when wandering about, watch out for Filipino words in some markers where multiple languages are displayed; and don’t forget to take a selfie with it! 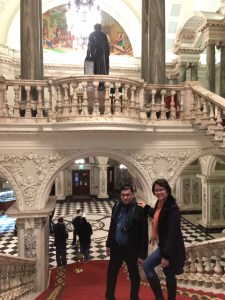 Start exploring in the City Centre, where the iconic Belfast City Hall is located. Public tours are held daily on specific times, so make sure you avail of this freebie when in the capital to get a glimpse of the history and culture of past and present Belfast. You will be fascinated with the great interiors, feel like a politician (in a good way!), and even see Titanic memorabilia. South of the hall (not wall!), in the Linen Quarter is the resilient Europa Hotel, probably Belfast’s premier accommodation and city centre, and described as “Europe’s most bombed hotel”. On the first and second time I’ve been to Belfast, all I had were photos with the façade (mostly in the rain). Last year, I was thrilled when our annual business conference was held inside. Finally in! Another famous attraction is the adjacent pub called Crown Liquor Saloon, a Victorian gin palace dating back to 1826. Have a Guinness (of course you can try something else) and step back in time while enjoying your drink with friends surrounded by beautiful interiors. “Down the hatch”! 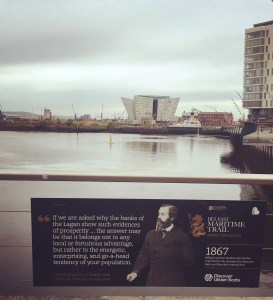 North of the hall, towards Victoria Square (leading shopping centre), is the Cathedral Quarter. It is named so because of St Anne’s Cathedral, also known as Belfast Cathedral. While it belongs to the Church of Ireland, it is open for all just as any other Christian churches are. Peek inside and marvel at the wonderful architecture and decorations and take time to pray… for more blessings to come your way. Other points of interest around the area is the Castle Court Shopping Centre (look out for a Filipino grocery store!), Clifton House, Central Library and War Memorial Gallery. This part of the city connects to the next interesting emerging district – the Titanic Quarter.  Once you see the tall Albert Clock, and the even taller Harland & Wolff yellow cranes (also named Samson & Goliath) from afar, you know you’re close to the birthplace of the most famous cruise liner in the world! 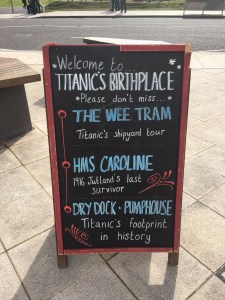 IT (WAS) GREAT CRAIC!

Crossing River Lagan either by Lagan Bridge or Queen Elizabeth Bridge will take you to the Titanic Quarter, one of the best waterfront attractions I’ve seen. It is where the Titanic Studios, SSE Arena and Titanic Belfast exhibition centre is located, and you will feel the transition from old to new. The WWI ship HMS Caroline is also on display, a chance for you to see and experience what it’s like on a bygone era as you can book for a self-tour inside. But probably the quarter’s most iconic building is the TITANIC Belfast exhibition centre. With nine interactive galleries, it is truly worth a visit!  Leave the Rose-Jack romance for Southampton and take a deeper understanding on the construction, workers, and staff of the infamous RMS Titanic, and the role of Belfast and its people with it. If you find both too big for you, or if time won’t allow for more exploration, at least step aboard SS Nomadic, Titanic’s little sister! This is White Star Line’s last remaining ship in the world.

Aside from shipbuilding, Belfast was once known for its linen production, and memoirs of the industry can be found on the Linen Quarter, south of the City Centre. Further down is the Queen’s Quarter, where you’ll pass by students (as the Queen’s University is situated here) and tourists visiting the Botanic Gardens and Ulster Museum – which are free attractions. Further west is the Gaeltacht Quarter where the Clonard Monastery and Peace Wall are located – the district I will have to explore more the next time.

If shopping is your thing, don’t worry – they are all here in Belfast! The shopping district plays host to many shops and boutiques. Don’t forget to visit Donegall Square, Castle Court, and St George’s Market, among others for all your retail therapy needs. 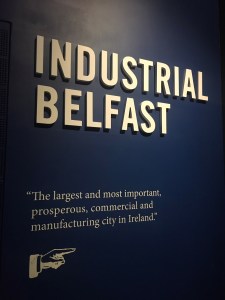 Norn Iron in general, and Belfast in particular, is a great place to visit and explore. There’re a lot more that the city can offer; it just keeps progressing. While it’s true the nation had a dark history, it certainly has a brighter present and future. After all, Lonely Planet named the city one of the best places to visit in 2018; well, there’s only one way to know!  The next time you’re thinking of where to go, think of Great Britain’s sibling, the other part of the United Kingdom. Whether by sea or air, it’s all about the pace, no more trouble! 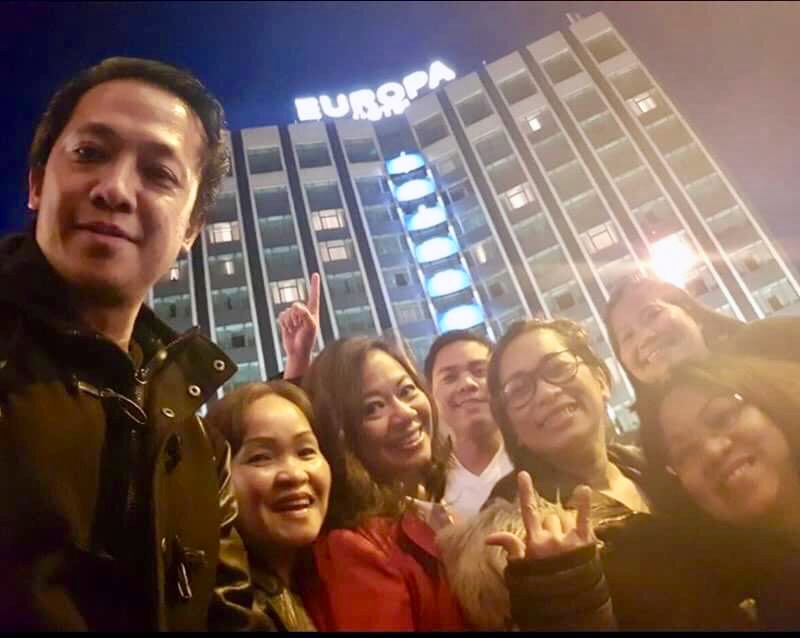 Some Belfast slang to ponder:

Useful sites and links to visit: