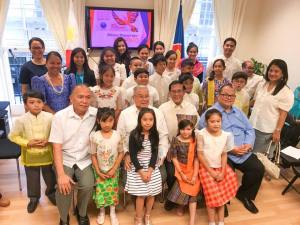 The ‘Buwan ng Wikang Pambansa’ was celebrated at the Philippine Embassy in London on 4th of August, organized by Minister Emma Sarne. The event was spearheaded by the London Filipino Center (LFC), a community interest company headed by Mr Ric Patriarca, along with other six directors. The main project of LFC is the weekend Filipino Language School-based in Kingston University and Ladbroke Grove. This is the first collaboration between the Philippine Embassy UK and LFC CIC. 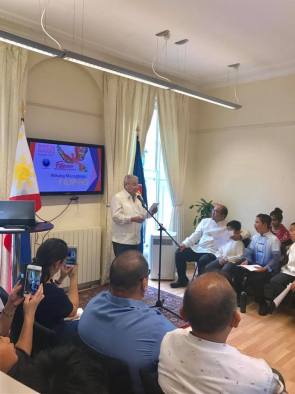 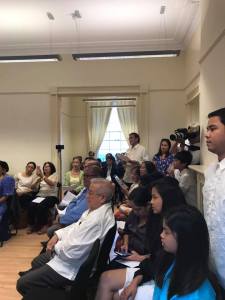 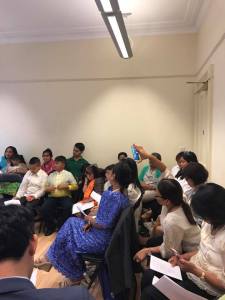 With the theme “Filipino: Wikang Mapagbago”, language teacher Mr Junart Nieva gave a short talk about the nature of Filipino as ‘Wikang Pambansa’, with concepts commonly misunderstood or disregarded in today’s day and age explained. 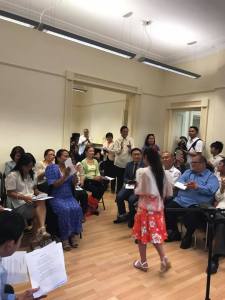 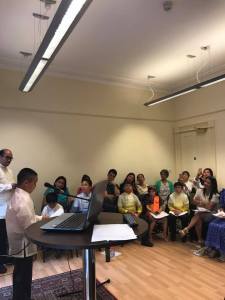 One of the language teachers, Mrs Aurea Coloma, led by example by reciting the poem written by Philippine national hero Jose Rizal, ‘Sa Aking mga Kabata’. The event closed with the singing of patriotic song ‘Bayan Ko’ by all attendees. It was followed by a small salu-salo prepared by Roni Bandong and company of Maynila catering.

Among the attendees are some members of the Filipino community and staff from the Philippine Embassy, such as Consul General Senen Mangalile, Deputy Chief of Mission   Mr Gilberto Asuque, Consul Rommel Romato, Cultural Attache Ms Maria Teresa Albano, among others.

One of the founding directors of LFC Mr Araial Ilustre was the Master of Ceremony.

LFC is set to open its doors once again on the 9th of September. For more information, please visit www.lonfilcenter.co.uk.